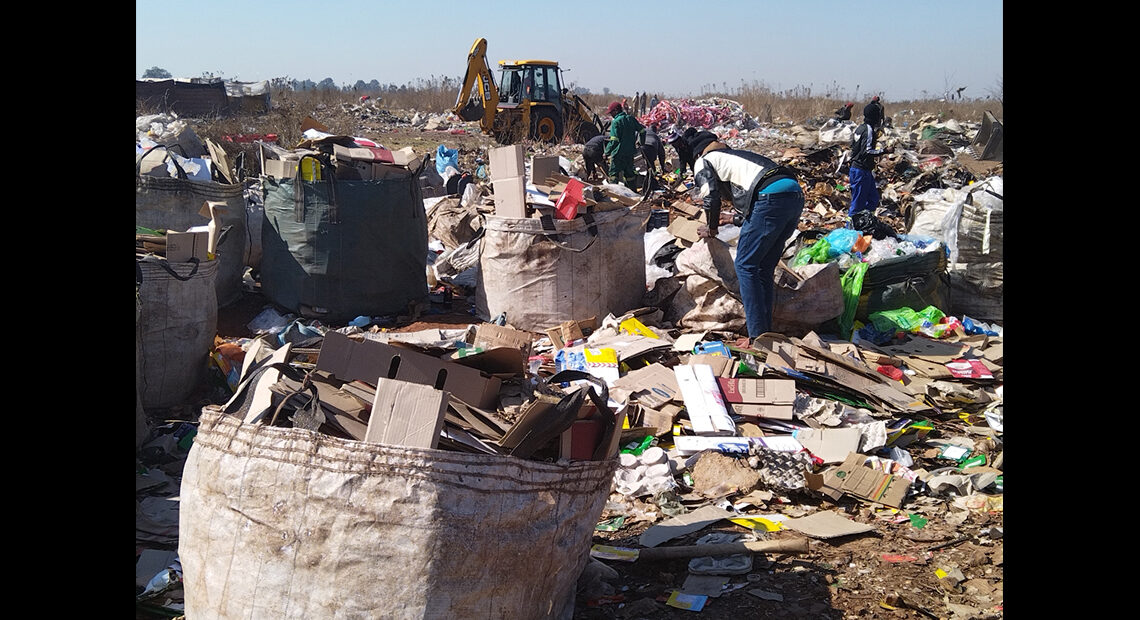 The City of Ekurhuleni is on course to fight the scourge of illegal dumping disguised as recycling activities at Little Maseru situated at Brickfield Road near Katlehong.

On Wednesday, 10 August, 2022 the City’s departments such as Waste Management Services, Roads and Stormwater and EMPD carried out a joint operation to clean up the informal dumping spot working together with the informal recyclers residing in the area.

Informal recyclers welcomed the City’s initiative to help clean the area as it was now difficult even for them to differentiate between illegally dumped waste and the collected recyclable items.

Thembisile Kubheka (42) owns and operates an informal recycling centre at Little Maseru. She says, increased numbers of unemployment are what drive people to resort to illegal recycling activities for survival. As such, she saw an opportunity to run a business of weighing recyclable items in exchange for money, a lucrative business for someone who does not have any formal education like her.

“I bought a weighing scale to run a business of weighing recyclable items. The informal recyclers collect and bring different recyclable items to my centre and I give them money in return,” said Kubheka.

Madikana Thenga, Divisional Head for Waste Management Services, says as much as the city encourages people to recycle, they are encouraged to do so within the confines of the City’s by-laws.

“This clean-up operation aims to bring about direction into how recycling should be conducted. We have measures to be put in place to formalize this area as we know that it is zoned for agricultural purposes. Firstly, we are going to identify and register those who are into recycling and are willing to be formalized. We are working towards identifying land that can be used to conduct their operations in a formal way and also to provide them with permits so that they have permission to conduct their recycling activities lawfully. In conclusion, we will educate them on how to form cooperatives to formalize their businesses, ” said DH Thenga.

The clean-up operation is set to continue until Friday, 12 August.