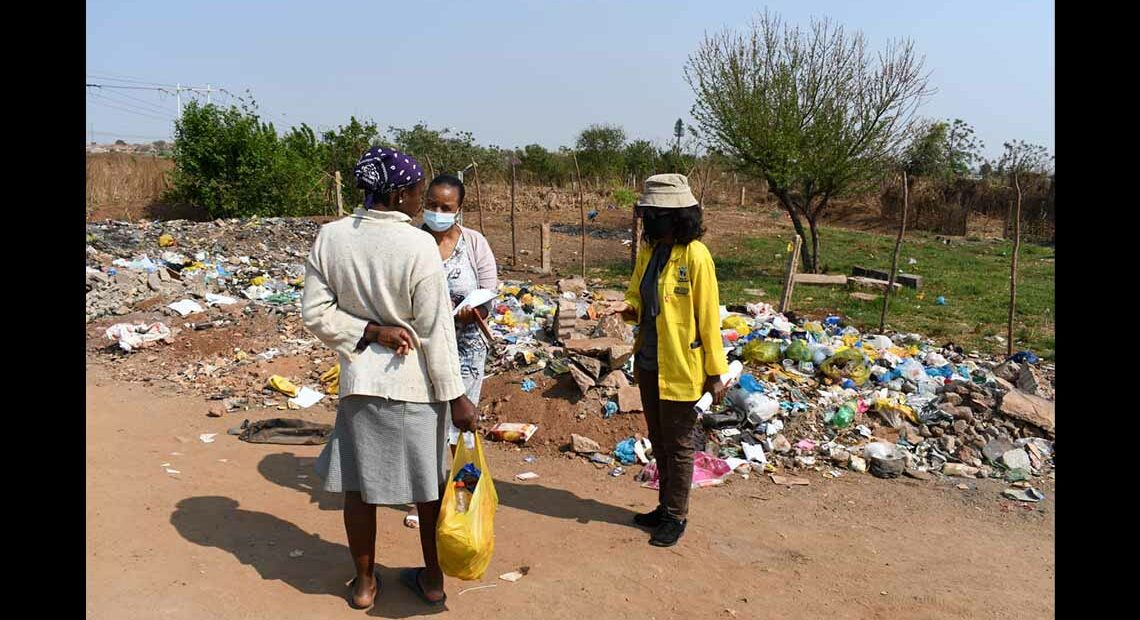 Illegal dumping continues to be a sore sight to the communities of the City of Ekurhuleni.

In a bid to mitigate illegal dumping, the City has implemented a number of interventions – some of which are effective in other areas and less effective in others. Among those is the provision of 240ℓ waste bins.

As a result, tenants resort to dumping their waste in any open space available at their disposal.

Another resident that caught throwing her domestic waste on the road at Winnie Mandela Zone 1 could not provide a solid reason for her act, except to state that she illegally dumps because others were doing the same.

“Through our dedicated waste department we clean illegal dumping today, leaving it spotless, but the following day it looks like there was no cleaning at all. We need communities to play their part in keeping Thembisa clean, the municipality cannot win this on our own,” she said.