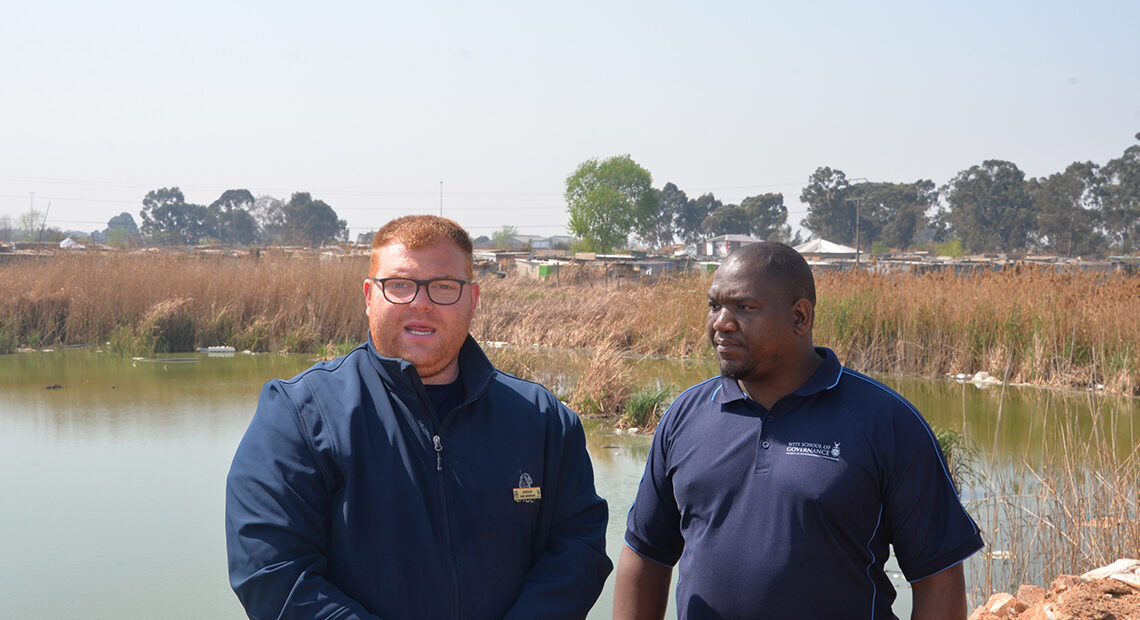 The continuous illegal dumping at the wetland in Elandsfontein poses a danger to learners from the nearby Sizwe Secondary School, aqua life, and birds.

Ekurhuleni’s Whip of Council Ald Khetha Shandu has called on the community of Elandsfontein to help the City curb illegal dumping. He said he had observed that illegal dumping was a thorn in the flesh for the school and the City as it also resulted in sewage and stormwater drain blockages.

Speaking during a visit to the area this week Ald Shandu said, “The illegal dumping here in the wetland is pushing the underground water to the nearby school. As a result, the school had to close two of its playgrounds which are now water-logged. The stability of the school foundation is also under threat.”

Sewer and stormwater systems are being unblocked and Ald Shandu urges residents to report illegal dumping to 0860 543 000.