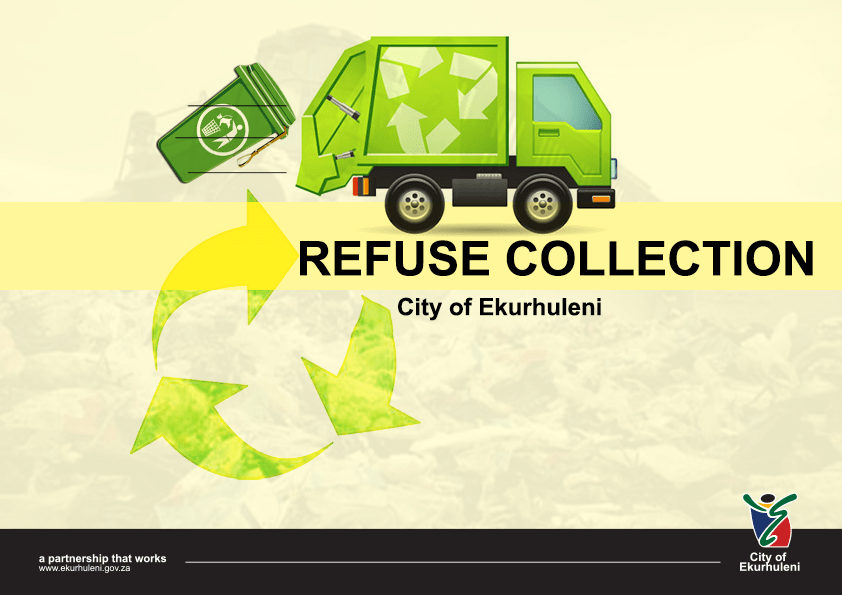 The City of Ekurhuleni has moved swiftly to restore waste removal services in various areas that were affected in the past couple of weeks.

Areas including Langaville, Wattville, Daveyton-Etwatwa, Duduza, Kwa-Thema, Tembisa 1 & 2, Norkem Park, Thokoza and Palmridge were all affected due to an unforeseen glitch which led to service providers not being paid and thus suspending their services.

After an engagement with the City’s Waste Management Turnaround Task Team early this morning, service providers agreed to hit the ground running with immediate effect. The task team was established to among other mandates, normalize waste removal services following the collapse of the service in some areas in recent weeks.

Announcing the waste intervention yesterday, Executive Mayor Ald. Tanya Campbell made it clear that ‘the first (mandate) is to get waste collection back on track with immediate effect’.

Waste removal teams are already working around the clock to ensure that all the backlog generated recently is cleared by the weekend so that come next week the service follows the normal collection schedule.

“We have addressed issues with the service providers who had pulled out their resources and work has resumed in earnest to collect waste in the affected areas,” said metro spokesman Zweli Dlamini, adding that special attention will also be paid to clear backlogs at the local public off-loading facilities, which are now overflowing due to the disruption of the service.

The City once again apologises profusely for the inconvenience caused in the past couple of weeks and can assure residents that we are committed to avoiding similar discrepancies going forward. The City further thanks residents for their patience during these difficult days. We can assure residents that we remain committed to our mandate of providing quality waste management services to all our residents to ensure an acceptable level of cleanliness is achieved in our City.