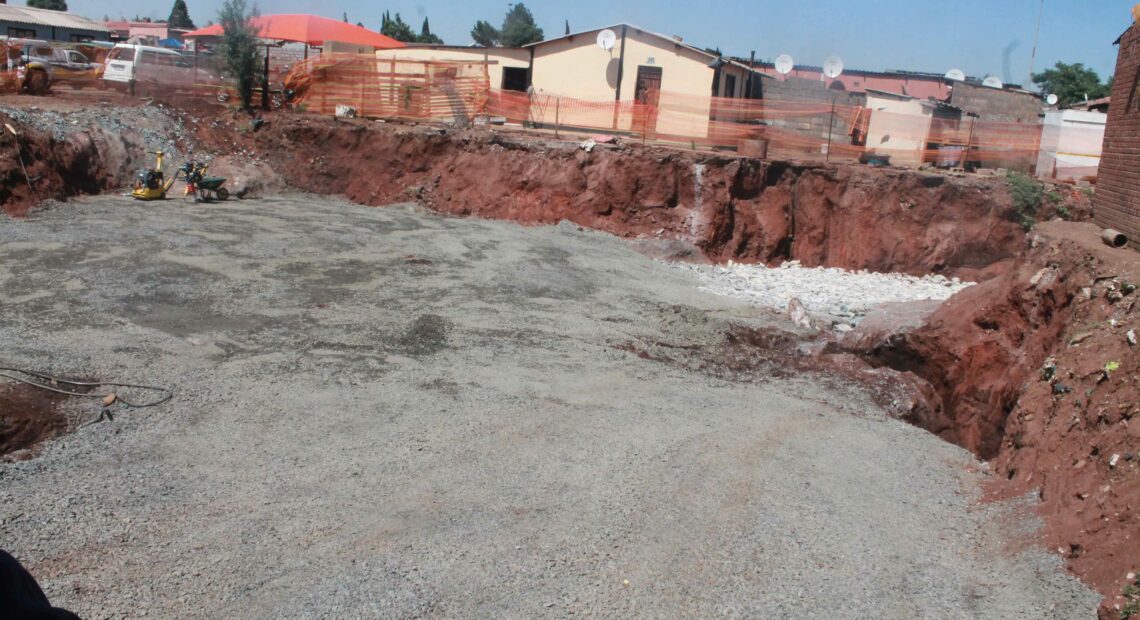 CITY URGES RESIDENTS TO BE AWARE OF EARLY SIGNS OF SINKHOLES

With the persistent rainfall, the City of Ekurhuleni advises residents to monitor signs and possible development of sinkholes on their properties.

According to a study conducted in 2010, around 52% of the land is dolomitic in Ekurhuleni.

Some of the early signs of a sinkhole developing are tilting of one side of a house, the slight sinking of the ground, depression or unexplainable holes in the yard, no matter how small this may be.

To mitigate against water pipe leaks and the resultant development of sinkholes, the city is replacing old concrete pipes with more flexible ones that can withstand unstable ground. These pipes can move, without breaking, with the ground as the earth shifts for any reason.

The public is advised to use professionals when building or extending their homes because they will know how to navigate the building conditions, conduct land surveying and know fitting building materials for specific land conditions.

If residents see suspicious dolomite or sinkhole signs, they can visit their local Customer Care Centre (CCC) or call 011 999 4666 /4940 to report it.

Once the matter is reported, the city sends a team of experts to inspect the reported incident. Based on the assessment, the affected occupants may be requested to evacuate the property affected by the sinkhole, depending on the risk posed by such a sinkhole.

Should an evacuation be recommended, the area will be cordoned off to deny unauthorized access. A detailed geotechnical investigation is then conducted to determine the possible cause and the extent of the sinkhole. Rehabilitation then commences and the area is reinstated to its original state. The affected occupants are then advised when to return.

The public is warned against accessing a cordoned off property as this may result in the unfortunate loss of life because the decision to evacuate is informed by the threat as demonstrated by the investigation by experts.