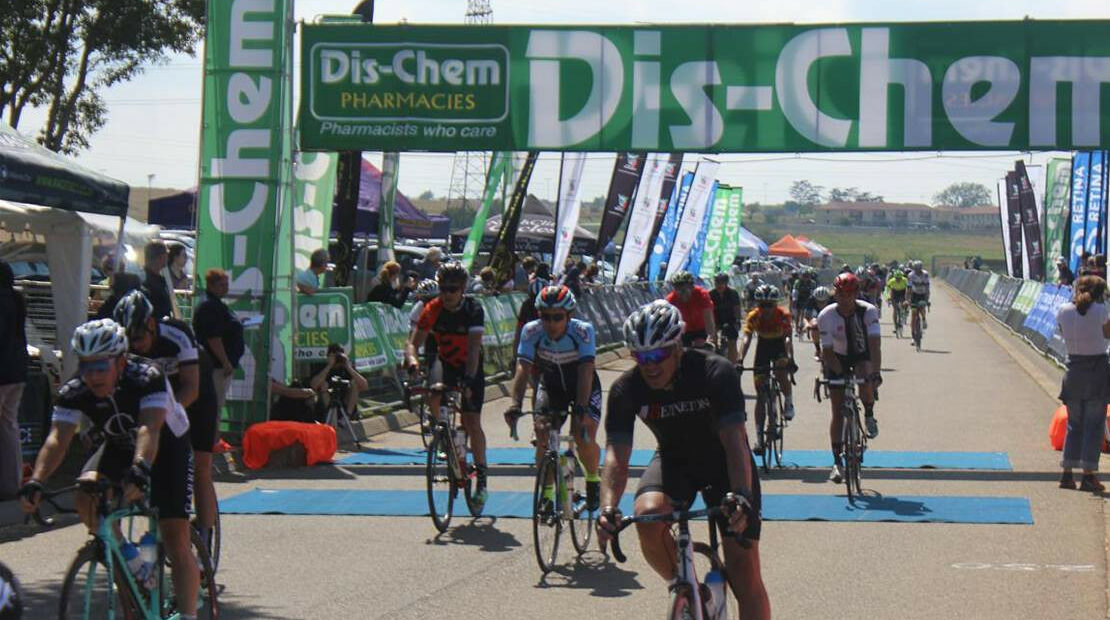 The 2019 Dis-Chem Ride for Sight, in partnership with the City of Ekurhuleni, takes place on Sunday, 17 February through the City of Ekurhuleni and the rolling grasslands of Suikerbosrand. This is a seeding event for the Cape Town Cycle Tour and is among the top 5 cycling events in the country, and the second largest in Gauteng.

The main event, the 116km Super Classic sees the cream of South African cyclists competing for the Ernest Hunt trophy and the top cash prizes. The 62km Vita-thion challenge is a great ride for the novice or less energetic casual rider. Around 6 000 cyclists are expected to take part and if you still want to enter, late entries will be taken at Cycle Lab, Boksburg, until 14h00 on Saturday, 16 February, or at the stadium from 05h00 on race day.

Over R80 000 worth of cash prizes will be awarded to the top racing cycling categories but fun riders also stand a chance to win big – over R120k lucky prizes will be drawn on the day. All cyclists who enter the donation draw (minimum of R40.00) stand a chance to win special draw prizes of a KTM road bike from Cycle Lab or a seven-night holiday for two at Michamvi Sunset Bay resort in Zanzibar. All donations will be matched by the Dis-Chem Foundation so we appeal to participants to donate generously.

Both events start and finish in the Boksburg City Stadium in Jubilee Road. Due to road works at the stadium Jubilee Road should be totally avoided between 05h00 to 14h00. There will be traffic delays in the areas around Barry Marais and North Boundary roads, the R23 between Heidelberg and Boksburg, the Carnival City area, R103 in the Vosloorus area, Alrode, Leondale and Dawn Park areas. Carnival City Mall traffic to and from Boksburg will also be disrupted and a new finish will affect Van Dyk, Tambotie and Louw streets and Airport Drive.

Residents are asked to use extreme caution and allow for the fact that these are expert cyclists and their speed should not be under-estimated. Please allow for extra time when entering or leaving the area and remember that cyclists cannot stop as fast as a motorcar.

All helpers on the day are volunteers and all proceeds go directly towards finding treatments for retinal blinding conditions.

The event has raised over R10 million over the past 30 years and this entire amount has, and will continue to be, donated to research projects dedicated to finding treatments for genetic retinal blinding conditions such as Retinitis Pigmentosa (RP), Macular Degeneration (MD) and dozens of other rare and devastating forms of retinal vision loss.