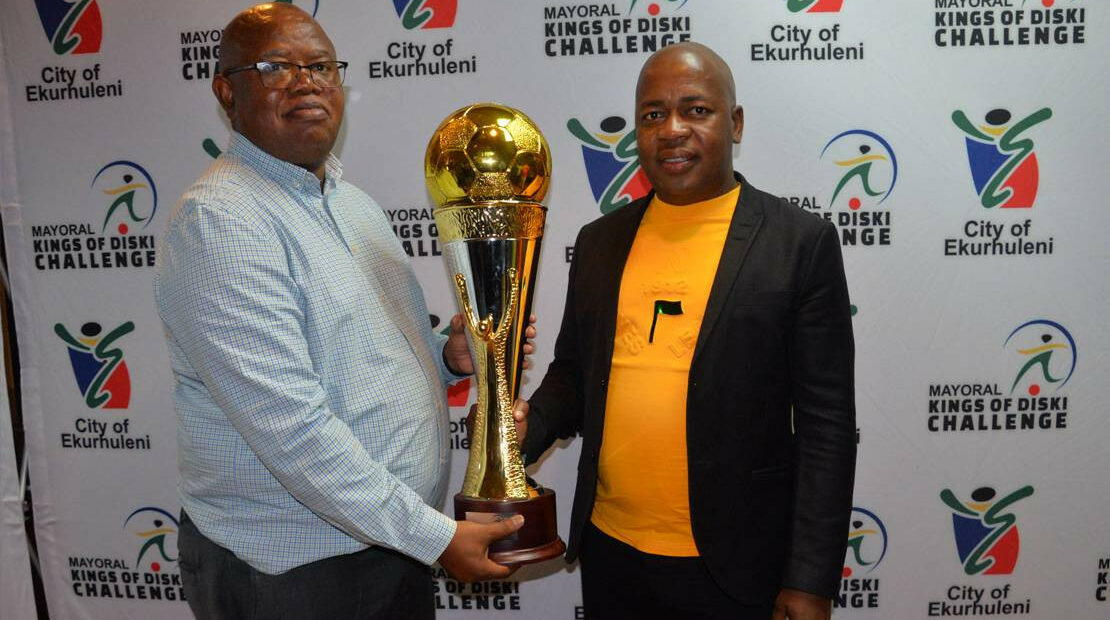 Game On! – The Mayoral Kings of Diski Challenge

Ekurhuleni Executive Mayor Cllr Mzwandile Masina officially launched the Mayoral Kings of Diski Challenge on Tuesday, 16 April. The tournament kicks off on Friday, 19 April through to Sunday, 21 April and it’s all happening at the Vosloorus Stadium.

During the tournament launch, Mayor Masina announced the eight teams set to battle it out on the playfield over the weekend and the prize money up for grabs. The winning team walks away with a floating trophy, gold medals and a cash prize of R190 000.

“We want to ensure that we create opportunities for the community-based teams to grow so that we can provide access for the players to be spotted and end up playing at high level tournaments, hence we picked the best of the best to partake on this tournament. Through these games, we aim to create a positive sporting experience within our City. We hope scouts from big team will come through in search of the great talent that will be on display on the weekend,” said Mayor Masina.

Meanwhile, the second prize comes with a cash prize of R90 000 and silver medals, while the tournament’s leading goal scorer and best player each get R5 000. All participating teams will all receive a participation fee of R20 000.

Executive Mayor Cllr Mzwandile Masina and Divisional Head for Sport and Recreation Atwell Sijadu show off the floating trophy to be won at the upcoming Mayoral Kings of Diski Challenge.