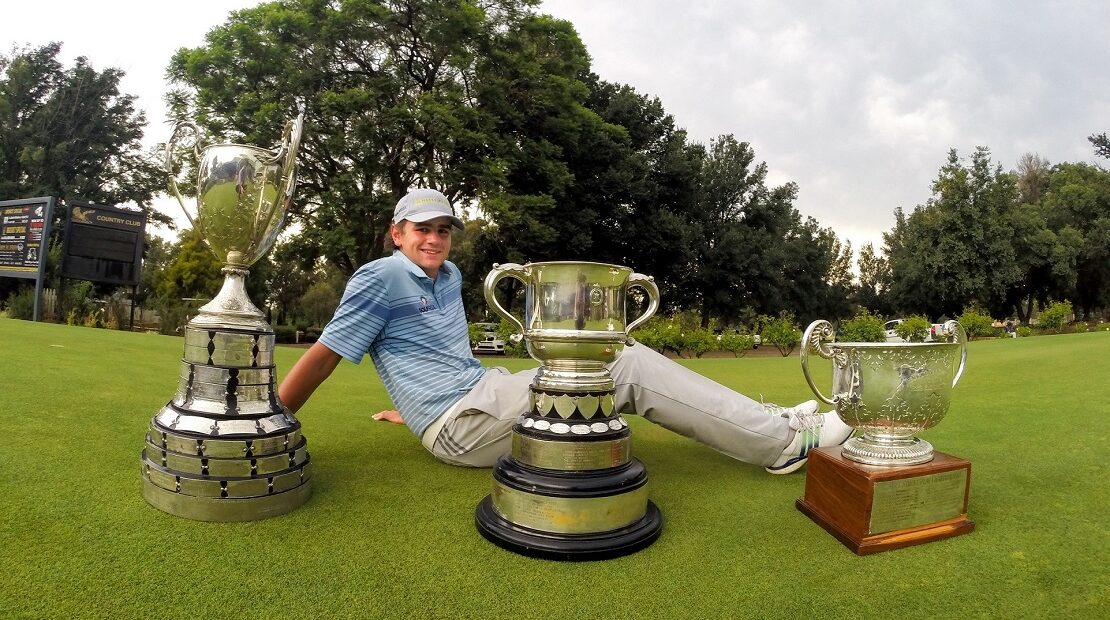 Casey Jarvis, a 17-year-old amateur golfer from Boksburg and member of States Mines Golf Club, is the 2020 Men’s Player of the Year, following a series of local and international tournaments.

The Men’s Player of the Year accolade is awarded based on a point system earned throughout the year in amateur tournaments.

Jarvis established himself as one of the most exciting golfers and is set to be master of the golf greens. He moved to top of the podium after winning the Free State Open at the Heron Banks Golf Club in January. He was was 18 under in just 72 holes with only one player within 13 shots of his winning total.

The lad followed it up with the Gauteng North Open title held at the Centurion Country Club from 24 to 26 January last year when he brought his ‘A’ game and shot 25 under to win by 8 shots. He then went on to win at the South African Stroke Play Championship at Randpark Country Club in February. He added yet another title under his belt with the SA Amateur Championship Match Play at Royal Johannesburg and Kensington Golf Club, also in February.

Jarvis also participated in the three biggest amateur tournaments in Africa and rubbed shoulders with some of the best amateur golfers from Europe. His winning streak continued with the Aon SA Amateur Championship, IGT Challenge Tour and the Freddie Tait Cup at the SA Open, which is awarded to the leading amateur in a professional tournament.

In addition this young sportsman was runner up twice in 2020, as well as twice in the top five. In three European Tour events he made two cuts.

In winning the 2020 Men’s Player of the Year he beat British Amateur Champion Joseph Long.