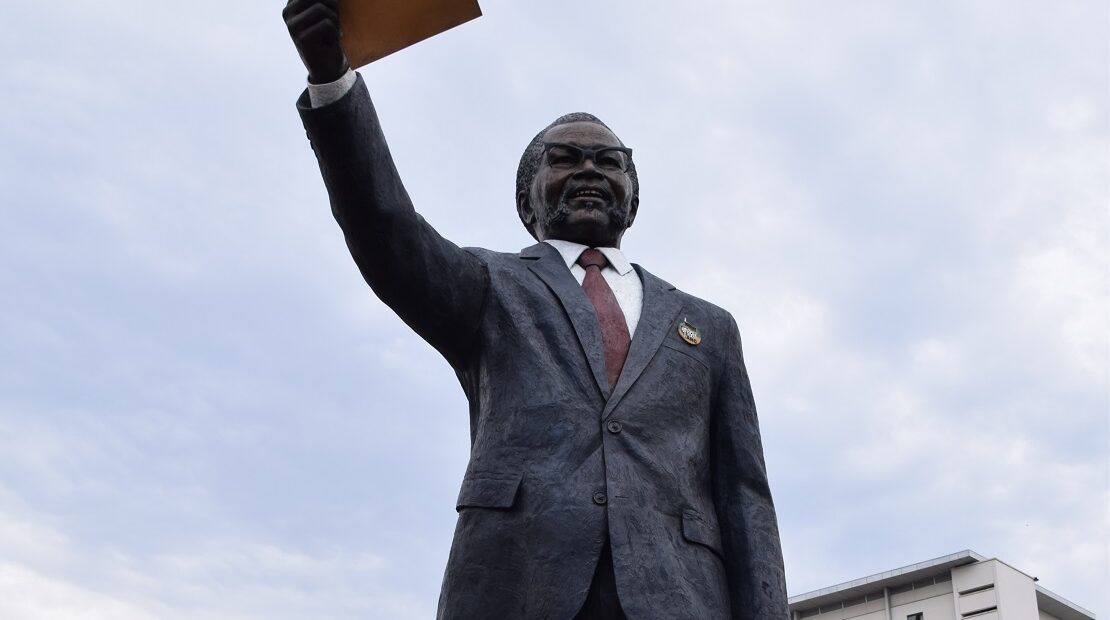 As a curtain raiser to the annual Oliver Reginald and Adelaide Tambo wreath laying ceremony, his Excellency President Cyril Ramaphosa unveiled the 9-meters tall bronze statue that stands boldly at the OR Tambo International Airport.

Speaking at the unveiling of the statue, which shows Tambo with his hand stretched out holding a book, which resembles the freedom charter, President Ramaphosa said that Tambo was the architect of the country’s freedom making it most fitting that the statue is erected at the airport that is named after him.

“It is most fitting that this statue is erected here at the airport that is named after him, and it is going to be a gateway to the continent and to the world. As travellers take their first steps on South African soil, they will be welcomed by this magnificent bronze statue, gleaming in the South African sunlight.”

The statue that is 9 meters tall was designed with bronze material to withstand any weather conditions for at least 200 years.

The 3000 kg statue designed to withstand any weather conditions for at least 200 years embodies the late struggle stalwart’s characteristics of resilience as a freedom fighter.

The City of Ekurhuleni has declared October as OR Tambo month and has arranged several activities to honour his legacy.