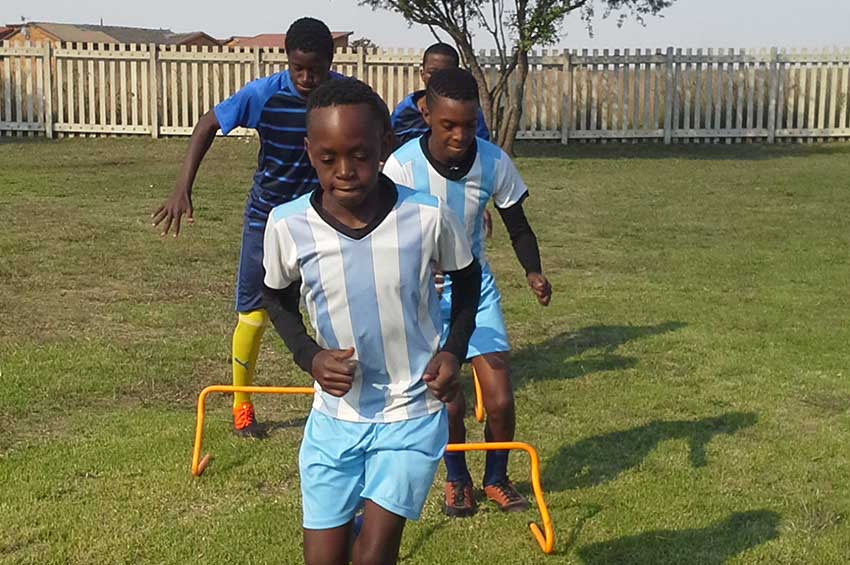 At the helm is Simon Ntsikelelo “Whitey” Tshowa, a born and bred resident of Tsakani.

He uses Nigel High School as his base camp, where he takes on aspiring footballers from the age of 14 and above.

As boarder of Nigel High School, these pupils form the core of the academy and there are currently participants going through sport development.

The learners in the academy are under the tutelage of Mpho Podile and Ben Mazibuko, both graduates of the South African Football Association coaching licence.

When interviewed by Eku24 News, Tshowa said the aim of the academy is to provide the right tonic to young stars who dream of becoming professional players.

Kwadutsa Football Academy is leaving its mark in the country as it has produced two players for the National Under 17.