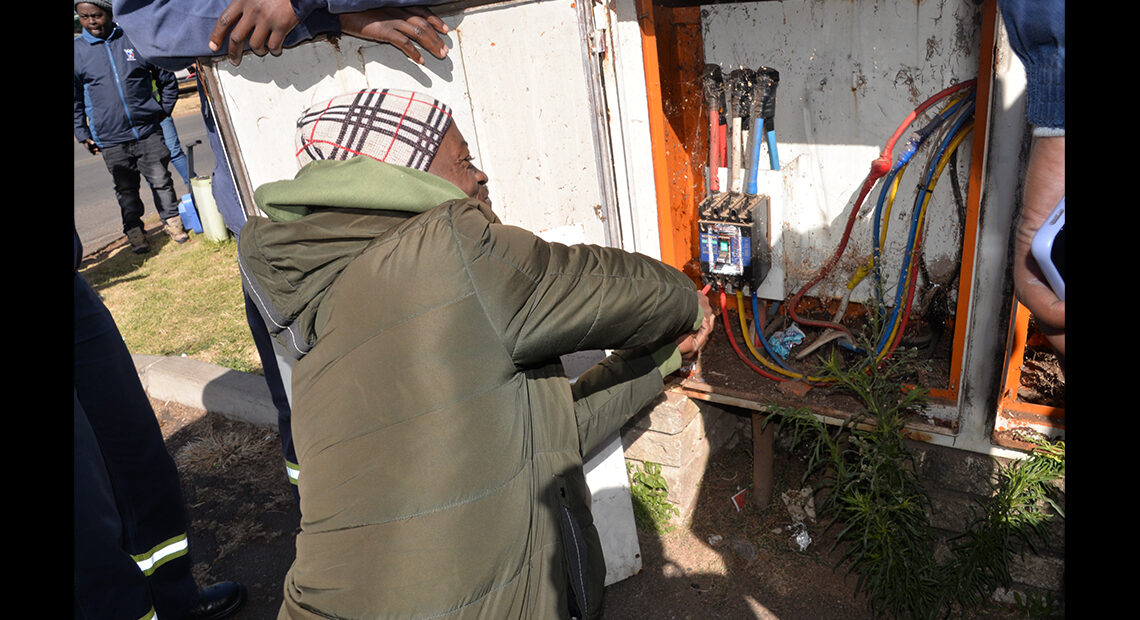 Work to recover the City’s revenue from nonpayers of services by disconnecting services is yielding positive results.

On Wednesday, 29 June, the City’s customer relations management service in the revenue collection division visited industries in Springs that owe the municipality millions of Rands.

One of the defaulters is the owner of a block of flats in Daggafontein owing the City over R1 million, who committed to immediately pay R500 000 at the Springs Customer Care Centre and negotiated to be given more time to settle the outstanding bill. The water pressure was lowered until full payment is made to the City.

The disconnection operation comprises a multi-disciplinary team of officials from the City’s departments of water, sanitation and energy; finance; and EMPD. During the operation, some companies were found to have tampered with their metres after they had been previously disconnected.

In such cases, fines of R24 000 were issued for first offences.

The City encourages customers to ensure that their municipal accounts are up to date to avoid disconnection of services that may interrupt their daily operations.