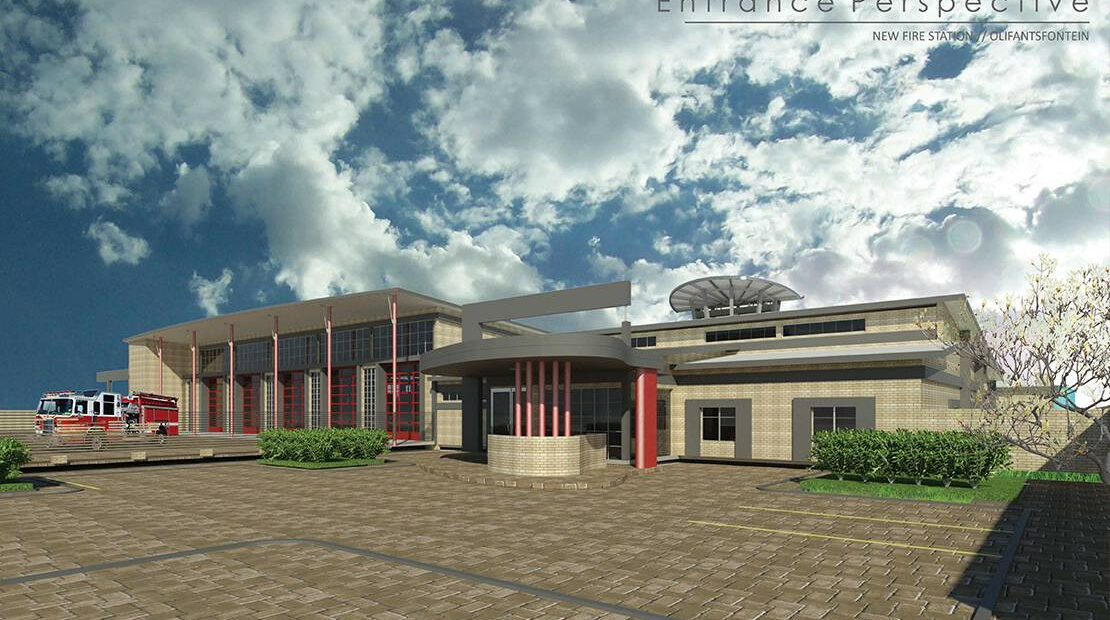 The community of Olifantsfointen, Clayville and Winnie Mandela will soon have a bigger and more resourced fire station on their -1940s in the same area.

Areas that are served by the old fire station have grown substantially over the years, and the new developments included areas such as Winnie Mandela, Tswelopele and Clayville. This has affected the response time, and the more capacitated fire station will reduce the response time to be in line with the international benchmark.

Construction is already 54% complete, and 36 local labourers are employed, as well as 12 subcontractors with their own labour.

The City has committed to build two fire stations every three years to reduce the response time to emergency situations. A sod-turning ceremony was held on 5 April 2019 for the new Klopper Fire Station, which will serve Elandsfontein, Isando and Jet Park, among other areas.

Albertina Sisulu Corridor Fire Station in Kempton Park is also under construction, while Germiston Fire Station was opened on 4 October 2018.

“We are ramping up our emergency services capacity to live up to our vision of being a developmental city that provides people-centred services, and creates a safer environment for our residents,” MMC for Community Safety Cllr Frans Mmoko said.